“This summer, I didn’t go hungry!” 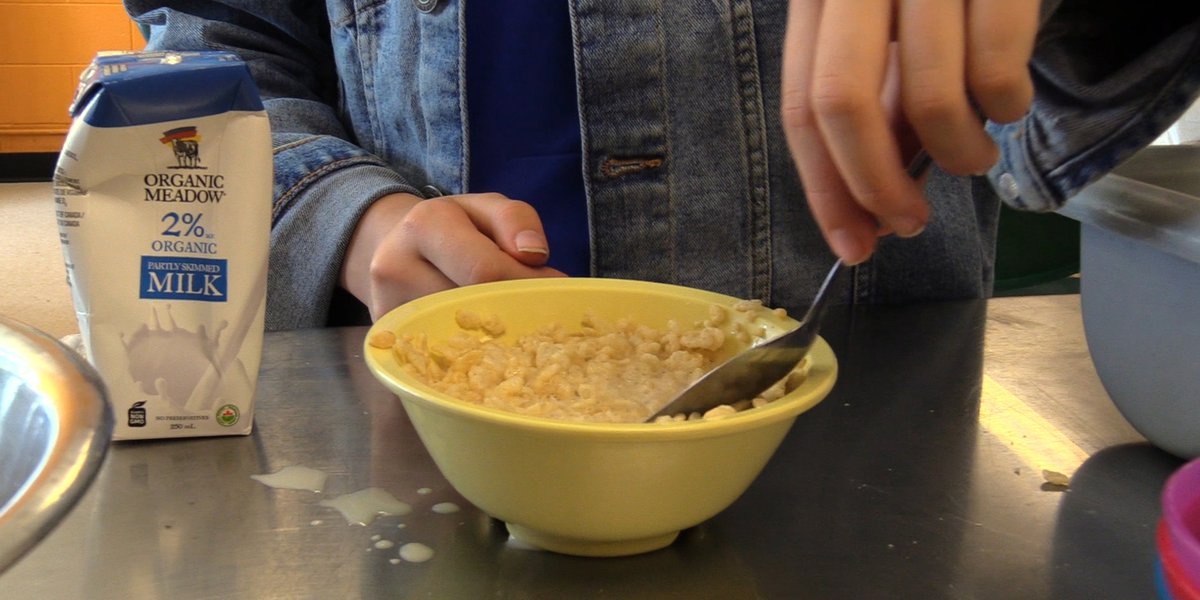 The After the Bell program, offered in partnership with Food Banks Canada, is in its second year and we, at Edmonton's Food Bank, are pleased to be taking part once again.

We received 7,000 healthy food packs over the summer weeks, and then distributed them to various summer camps and youth centres that have programs dedicated to children in need. Locally, we had 10 agencies involved, of which two distributed to seven other groups. The program is supported by 15 national corporate sponsors who help make this program a reality. There were 33 corporations that sent volunteer teams to Food Banks Canada’s After the Bell packing day where the teams assembled the healthy food packs.

During the pick-up weeks at our warehouse, we happened to receive a donation of Hello Fresh kits to make Tahini Oat Bites from Quaker. We thought it would be a nutritious and fun addition to the packs that the agencies were already getting.

Below, our video covers one of our agencies that participated in the program, Boys & Girls Club Big Brothers Big Sisters of Edmonton.

The healthy food packs are filled with healthy child-friendly foods including three oatmeal packets, two shelf-stable hummus & crackers, one box of cereal, one carton of shelf-stable milk, two single serve packs of WOW butter peanut free spread and two boxes of raisins, plus assorted fruit and vegetables. Food Banks Canada provided funds to supplement the packs with fresh fruit and vegetables. One of the children in need that received the healthy food packs was Charlie, at McCauley Club. He said that his favourites were all of the "breakfast foods" including cereal, raisins and cherries. He also noted that "throughout my life, I want to eat really healthy so I can live a long life and be happy. And it's really good to keep doing this so the next generation of kids can have this too 'cause it's just really awesome."

If you would like to donate, to support our work to feed those in need, you can do so securely online.

After the Bell Helps Feed Children In Need

After the Bell Helps Feed Children In Need

Stay up to date with our work and how you can help - learn more.

We live and work on Amiskwaciwâskahikan ᐊᒥᐢᑲᐧᒋᕀ ᐋᐧᐢᑲᐦᐃᑲᐣ land within Treaty 6 Territory and within the Métis Nation of Alberta Region. This land is the traditional territories of many First Nations such as Nehiyaw (Cree), Denesuliné (Dene), Nakota Sioux (Stoney), Anishinabae (Saulteaux), and Niitsitapi (Blackfoot).

Stay up to date with our work and how you can help.